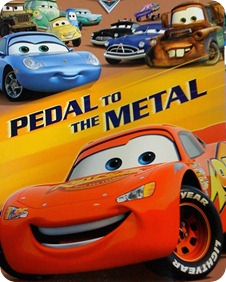 I started revising Steam Palace in December. Six months later, I have Part One revised. Umm…this is not acceptable. Yes, I spent a lot of time working on an online revision course, deciding what to keep and what to throw out and designing a new plot and new characters. Then I decided the course was taking too long and I started revising the story a couple months back. I was really hoping by now that I’d have something to take to publishers.

Here’s the thing. I really think Steam Palace is good. Publishable, even.  Yes, I know I’m still weak in areas. I’ve successfully navigated all the common writing pitfalls, made my writing strong, improved my story structure and characterization, but how close am I? I have no idea. Even if I’ve improved my writing 200% in a year, how much more do I have left to improve? (to be publishable)

For me, drafting is the easiest thing in the world. I can whip up 4-6K words a day on a draft. But editing—that’s super slow. I’ve literally spent this entire week working on a single chapter (granted it’s the most important chapter of the book so far—basically the climax of Part One that sets the entire rest of the book in motion—and it’s grown to over 6K words in four mini-scenes). At this rate I won’t finish by the end of the year---and there’s still NaNoWriMo! No matter what, I have to be finished on Steam Palace by September 1. Mostly because as great as Steam Palace is, The Immortals is ridiculously better. We’re talking Terry Goodkind good.

So the question is how to get this thing done in three months. Obviously I can work better, stronger, faster. I have the technology. I have nine chapters(40+scenes) to write in fifteen weeks. Gulp. So basically it’s go-time, heads down, full-throttle, and pedal to the metal. But without clichés of course. Which means I’m going to have to start cutting back on blogging, blogfesting, blog reading (notice a trend here?), until this thing is ready to go out the door. Is one fully edited chapter a week doable? If I could finish by Aug. 1 I would be ecstatic, then I could start sending out queries while I do final full-ms edits.

Sigh. Well enough talk and now time to do it. Wish me luck!