To My Dear Readers:

Starting November 1, 2009, at precisely 12:00AM, NaNoWriMo begins. If you don’t want to hear endless posts about NaNoWriMo, unsubscribe now. (No, don’t! I promise I’ll try to be reasonable. But not really).

NaNoWriMo is National Novel Writing Month. The goal of NaNoWriMo is to complete a 50,000+ word novel before the clock strikes midnight on December 1st. How you accomplish this is up to you. This requires an average of 1667 words a day for 30 days straight. Sound impossible? 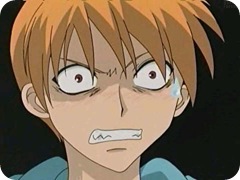 The last two years, I’ve written a live “blogvel” which is a novel written as live blog posts, as if the characters were posting the story as it happens. In 2007, I wrote a story about a man caught up in corporate conspiracy and espionage. He must save his own office from demolition by a madwomen who used to be his boss who used to be a schoolmate that he accidently ran off the road back in high school. It’s extremely nutty. I never really intended this to be a story I’d eventually rewrite and publish, but it’s crazy (albeit poorly written) tale of adventure.

In 2008, I took the characters to the next level. This time they had to stop this madwoman from destroying London. Stuck on some kind of nuclear-powered boat, they travel around the world causing mayhem and destruction. I can’t really describe it except to say that however nutty 2007 was, 2008 definitely topped it.

This is the beauty of NaNoWriMo, the ultimate seat-of-the-pants journey into creating worlds of imagination. Whatever idea you have, you go with it. No time for reflection or character development. No editing the previous day’s work to make today’s plot functional. I wanted pirates and zombies and Chinese labor camps, and got them all. Doesn’t make sense. Doesn’t have to. It’s an imagination explosion.

This brings us to 2009. What should I do for NaNoWriMo? I really want to finish the “30 Days” Trilogy. They never accounted for the backers of the prison or the bizarre warship, the makers of the Singularity Matrix.  The world is still in peril. Julia has some demons in her past. Alex is still farting his life away. Carrie is madder than ever. Elena is disgraced and on the lam. There’s been no real resolution.

Here’s the thing. I don’t know if I can afford to spend a month (or two if I do all the planning in October) working on something I don’t ever plan to market. As good as the “30 Days” concept is, I don’t think it’s professional quality fiction. It’s more of the quality of fan fiction for a show that doesn’t exist. I’ve been re-reading 2007 and it’s really poor. But if I don’t finish “30 Days” this year, I never will. It will never be done.

This is what I want to do. I want to take the month of October to completely plan out this project. Then I want to dedicate November to writing. I face a few choices: Decisions, decisions.  I’ll let you know what I decide before the 1st.