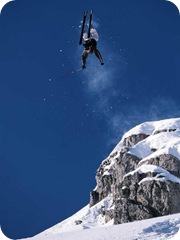 This is the fifth in a series of posts talking about the story structure known as “The Hero’s Journey.” I’m borrowing heavily from “The Writer’s Journey: A Mythical Structure for Writers 3rd Edition” by Christopher Vogler. This is my interpretation of it, and I’ve tried to highlight some pitfalls I see writers falling into. Click here to review other installments of Story Structure.

There is one moment in the story when something irrevocably changes for the character. The High Point of Act One, this is also known as the Turning Point, or Answering the Call. It can be subtle or overt. A characters Crosses the Threshold when he finally accepts the fact that change is inevitable, and he begins to act. He is entering what’s known as the Special World. This is a new world, with new rules and customs. It is a world filled with danger and opportunity.

Once your character enters the Special World, he cannot return back to the Ordinary World without embarking on an adventure. I liken it to stepping off the skilift at a ski resort. You have entered the Special World of Skiing, whether you know how to ski or not. Your Ordinary World is the lodge, full of warmth and comfort, but somehow not satisfying. You’ve heard The Call of “skiing is awesome” but resisted up until now (Refusal). But your friend (Meeting with the Mentor) has convinced you to try it. Now you stand at the stop of a steep hill, completely clueless as how to proceed. You can’t get back on the lift, and there are only two ways down: skiing or crawling. Good luck, see you at the bottom!

A story may contain many thresholds that are blocked by Threshold Guardians who must be defeated or won over before the Hero can proceed. The Threshold is often a physical threshold, such as a door or change in light, such as sundown. In any case, once crossed, a hero can only return after a lengthy Ordeal, and not until he’s altered in some fundamental way by the experience. He must learn the rules of his new world, and use those lessons, to help him eventually return to his Ordinary World. 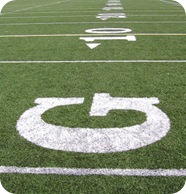 Returning to our benchwarming quarterback, his Threshold is clear. It is a white line that surrounds the football field. His turn has come. Coach puts him in the game; the starting QB is unable to continue. He has a choice: either enter the game, or run away in defeat, never to play football again. However, Heroes don’t really have a choice. They must cross the threshold, it’s what makes them Heroes. Even though it seems like Coach is forcing him to play, he’s simply answering a deep Call, not just to play, but to confront his fears, to find out once and for all what he’s made of. He’s going to soon have to cross two other Thresholds: where the heck are his parents, and what is going on with his girlfriend. A massive storm is raging, swamping the field, reminding him that he is now in unfamiliar territory.

Guess who’s waiting right on the the other side of the Threshold? The Enemy. Up until now, your character has avoided direct confrontation. What is the first thing our skier sees upon exiting the skilift? Trail signs such as “Bone Crusher Alley,” “Hell’s Canyon,” and “Perry’s Plunge.” What does our quarterback encounter? Teammates who don’t trust him or respect him, and the other team, giddy over knocking two opposing players out of the game, are thirsty for the blood of an untested newcomer to the Special World of full contact football. Also, the Story Question is becoming clear. His team is already down 14-0. Can our untested Hero survive his Journey to the Special World and wind up victorious?

On a somewhat related note, I’m personally going to Cross a Threshold at 12AM Nov 1, 2009 when I start NaNoWriMo. I am going to start writing a new novel. I wonder what enemies I will encounter in my journey? Can I write 50,000 words before 12AM Dec. 1? Will I finish the first draft? Am I making a huge mistake tackling a genre of which I know very little?

When have you answered The Call, and how did you Cross the Threshold in your own life?