Here is the first paragraph of the Wikipedia entry on Hero: 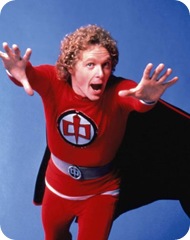 A hero (heroine in female) (Ancient Greek: ἥρως, hērōs), in Greek mythology and folklore, was originally a demigod, their cult being one of the most distinctive features of ancient Greek religion. Later, hero (male) and heroine (female) came to refer to characters who, in the face of danger and adversity or from a position of weakness, display courage and the will for self sacrifice – that is, heroism – for some greater good, originally of martial courage or excellence but extended to more general moral excellence. (http://en.wikipedia.org/wiki/Hero)

So the question is, how does this definition fit with the “hero” archetype in The Hero’s Journey?

Most books on fiction writing will tell you that the Hero is the main character of the story, the character with the most to lose, and who must undergo the largest transformation of all. Let’s look at each of these.

Main Character: Most stories center around one main character. This character can be known as the viewpoint character, especially if the story is told in First Person POV. In Third Person, this character has the preponderance of the action and dialog throughout the book. Some writers may attempt to have several main characters (like a Band of Brothers type story). The problem is that you wind up with character starvation…where important parts of the story are left out so the reader winds up not caring about any character. It’s best to focus on one character’s story, and bring in the supporting characters as needed.

Biggest Loser: As the story progresses, a good author continuously raises the stakes. Maybe the story starts out with the main character seeking a donut. (Think Harold & Kumar Go to White Castle). More and more obstacles arise to thwart him on his quest for a simple donut. In almost every story, eventually the main character must risk death, in fact, they must die in order to pass through to the other side. Now this death may be metaphorical, and usually involves the character facing his biggest fear. He must use everything he has learned on his journey in order to succeed.

Transformation: People don’t change. That’s a fact. What makes you angry today will probably make you angry tomorrow. What people do is learn. The deepest, most profound knowledge a person can learn is knowledge about themselves. When it comes down to it, all we are is what we are. The hidden truth is that we can’t change the world, we can only change ourselves. But we can’t really change who we are. So what happens? I believe that it’s about letting a part of ourselves die, and letting another part grow. It’s a rebalancing of our internal structure. It’s figuring out what’s truly important. A hero has a latent ability to be a hero, he just needs to know how and have sufficient motivation.

Now, I’m going to disagree a bit with what I just wrote. The other day I had another epiphany about heroes. One line of thought is that heroes fight an opposing force. Good vs evil. Then I read this post by PurpleClover. I’ve been so focused on Heroes fighting Villains that I lost the true meaning of Hero. It’s all well and good that the Hero face death, and learn something meaningful, blah, blah, blah. This still has nothing to do with being a true Hero. What I’ve described so far doesn’t truly define a hero, it only talks about a couple of characteristics. Even that definition from Wikipedia falls a bit flat. So now I’m going to throw out a new definition:

A True Hero must, by risking death and everything he holds dear, defeat the villain or oppositional force that is threatening someone else. 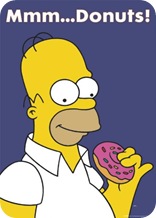 Defeating your own demons is not good enough. That’s known as therapy. Yes, in the end, our hero gets the donut. It’s the reward for everything he’s gone through. But perhaps in the end, he gives the donut to someone else. He’s undergone some heroic struggle just to get a donut, but he’s learned that it’s not about getting the donut anymore.

In my new WIP I’m working on for NaNoWriMo, the villain has no ill wishes for the heroine. In fact, he loves her in his own way and wants to marry her, take care of her, all good things. She can’t defeat him just to get out of a sticky situation. She must defeat him because he’s threatening her friends and the whole country with destruction. She needs to realize that she’s been with him and supporting him for all the wrong reasons. Of course, once she breaks off the engagement, he really, really becomes an enemy. Yikes!

So here is my summary of What Makes A Hero:

Did you spot any Bad Advice in here? Disagree with anything? You could win!

Email ThisBlogThis!Share to TwitterShare to FacebookShare to Pinterest
Topics: Epiphany, The Hero's Journey