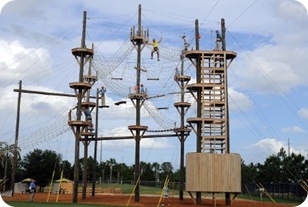 This is the second in a series of posts talking about the story structure known as “The Hero’s Journey.” I’m borrowing heavily from “The Writer’s Journey: A Mythical Structure for Writers 3rd Edition” by Christopher Vogler. This is my interpretation of it, and I’ve tried to highlight some pitfalls I see writers falling into. Click here to review other installments of Story Structure.

The Call To Adventure

This is also known as “The Inciting Incident.”

Everybody hears “The Call.” The Call to Adventure happens every day, at any time. You read something online, you see something on TV, you get a phone call. This might cause you to act in a new way. Inciting Incidents happen all the time, but they don’t necessarily lead to some kind of marvelous and dangerous adventure. In fiction, heroes generally are facing some kind of intractable problem at the beginning of the book. They’ve done everything they know how to do. In many ways, heroes are primed for adventure. They are in need of change, they just don’t know it. So when they receive that tiny glimmer of hope, a glimpse of a world outside of what they’ve ever known, they can’t resist. Heroes have to go on the adventure; a good writer leaves them little choice.

Sometimes the Inciting Incident is a lot less subtle. A car wreck. A disease. A breakup. It doesn’t become a Call to Adventure unless this incident is something out of the ordinary. However, to move the story right along, you probably want to make this incident meaningful. In certain genres, the Inciting Incident has certain specific characteristics. In mysteries, it’s usually the crime, or the dame walking into the detective agency. In many adventures it’s the actual summoning of the hero. But in general fiction it can be anything. The death of a loved one. An impeding marriage. A job offer. An attack by the previously peace-offering Cylons. A midnight knock on the door. A snake on a plane. A blood-burping Zombie. A secret admirer.

Note that just because a hero hears The Call, doesn’t mean they immediately answer it. In fact, most heroes are fairly reluctant to change their ways, to experience danger, to finally do something they’ve been putting off forever. (We’ll talk about The Reluctant Hero in Part Three). Also, The Call does not have to be a single incident. It can be a series of (unfortunate?) events that drag the hero kicking and screaming into Adventure. 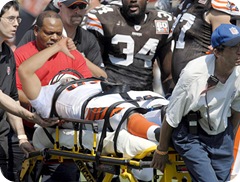 Let’s go back to our benchwarming quarterback from Part One.  He’s always dreamed of being the star, but has never come close. Will he be ready when The Call To Adventure comes? When the starting quarterback goes down, coach tells him to get ready. Often The Call is brought by a Herald, in this case the Coach. However, the starter recovers on the sideline, so our hero’s adventure is thwarted again. The starter suffered a twisted ankle, but he says he can play. Even though our hero isn’t forced into the game, thoughts and emotions are put into play. This is where we can learn more background about him. Now that the possibility of adventure is nigh, we can witness the dynamics that have brought our hero to this point. We can see maybe why he’s where he is, and maybe why he deserves more. The starter is obviously struggling, and looks like he may not last long.

Other incidents are occurring as well, all foreboding signs that change is in the air. A cheerleader keeps approaching him on the sidelines, insisting they have to “talk”…during the game. He can’t find his parents in the stands. Another teammate goes down with a serious injury. The other team scores. Thunder is clearly audible. Change is coming, and if he doesn’t start to act, bad things might occur.

The Call to Adventure Goals:


I’ve seen a lot of advice that suggest that you start your story with the Inciting Incident right off the bat to entice your readers. This can work, as long as you show how this Incident is out-of-the-ordinary. Sometimes this works as a Prologue where you show the Bad Guys committing heinous acts, then show the Hero in his Ordinary World, and then the Inciting Incident becomes the first interaction between the two. You want to draw the reader in, but also ground them in your world before introducing all the chaos that follows.


How do you like to draw the reader in? How soon should the Inciting Incident occur?