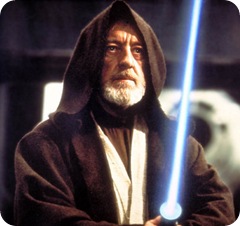 This is the fourth in a series of posts talking about the story structure known as “The Hero’s Journey.” I’m borrowing heavily from “The Writer’s Journey: A Mythical Structure for Writers 3rd Edition” by Christopher Vogler. This is my interpretation of it, and I’ve tried to highlight some pitfalls I see writers falling into. Click here to review other installments of Story Structure.

Along with Hero and Villain (the “Shade” Archtype), the Mentor is probably one of the best-understood character types. Mentors are everywhere. In fiction, they are the characters who instruct the Hero in the ways of the Special World he has or is about to enter. We see mentors all the time. Parents, teachers, older siblings, troop leaders, bosses, drill instructors, family friends, gang leaders, and anyone who provides a hero with critical information. Sometimes mentors are agnostic—either the Hero learns or he doesn’t. Mentors can be the Hero’s greatest asset and inspiration, or a Mentor can teach through pain and humiliation. It really depends on the particular lesson and the character of the Mentor. Some Mentors even become the Villain…and the Hero must defeat his own Mentor to prevail.

Mentors can appear throughout the novel, not just in the First Act. As  a Hero grows along his Journey, his needs for information changes. Some Mentors start him along his journey, and some appear near the end, providing him with the final information needed to defeat the villain, perhaps through earning the respect of the Mentor. They may test the Hero, preventing him from progressing if he’s not ready. Generally, it’s good to establish a rapport with a Mentor early on, so as our Hero enters the Special World of Act II, he has at least some tools in hand and won’t be crushed immediately. 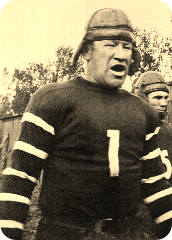 So let’s return to our Hero, our benchwarming quarterback. Who are his Mentors? First, there are the coaches on the sideline. One old coach tells him to warm up. Our Hero has a decent relation with this “old, wise” man who is an assistant coach. We don’t know much about him, except maybe that he used to be a head coach somewhere important, maybe years or decades ago. Now, he’s a rambling old man no one pays attention to, but our Hero likes to hear his stories. This man likes to talk about the “glory days” when helmets were optional and quarterbacks ran the ball. Mentors need an air of authority, otherwise the Hero won’t listen.

He pats our quarterback on the shoulder, and asks him if he’s ready. He tells him to relax, to play his best, and watch for the corners pinching in. Then the Head Coach comes over and yells and screams, and the old man slinks into the background. The Head Coach is not really a Mentor, his concerns are much higher than day-to-day training. Our quarterback may also have words from his Father in his head, disparaging remarks about how he never will succeed. Negative Mentors can be a huge source of frustration for a Hero, but there are valuable lessons in hearing negative advice too.