What do I Want?

What do I Want? 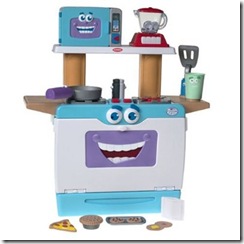 I’ve been checking out a writing discussion on Gather.com. Last night’s topic was “what do your characters want?” I posted some things down about my characters from Dawn’s Rise, which go me thinking.

What do I want? What do I, as a person, but also a character in my own life, want? It’s not a question I ask myself very often. I know for starters I want to be a novelist. I’ve wanted to be a novelist probably since high school. I didn’t write much back then, but I loved reading Science Fiction (now Speculative Fiction…probably because there’s so little science involved anymore). I divided SF into two classes: Pre-moon landing and post-moon landing. The reason was that after 1969 it seemed that SF went from the realm of the purely speculative into the realm of the possible, and authors adjusted their writings accordingly. That was one of the best times for SF.

I then discovered a new class of authors, the ones who wrote far back in the 1920’s like Edgar Rice Burroughs, Jules Verne, and HG Wells. Despite their lack of any kind of modern scientific knowledge, they still created wonderfully crafted works that still hold their value today. As I grew older, I started having a bit of distaste for Fantasy. I thought it was too easy just to make up stuff. Swords and Dragons and Vampires…boring. What interests me isn’t what someone can fantasize about, but some that might actually happen someday. If mankind is ever able to travel among the stars, that opens up just huge potential for the human race. However, given what we know about Cosmology, it seems like we may never achieve this goal. No transporters, no phasers, just communicators for now.

So now I feel a bit disillusioned. (See my 20 year old quote about disillusionment). Whereas scientifically and technologically we’ve achieved far greater than anyone could have predicted (although the books I wrote in the late 80’s predicted the Internet and iPhones), some of the glorious tenets of Speculative Fiction still remain well rooted in the realm of Fantasy. There’s no interstellar travel. There are no orbiting colonies. There are no flying cars even. Yes, I can get a talking kitchen (see picture above). Whoopdeedoo. The fact that this 3lb laptop has more computing power than all the machines combined at school the year I graduated is amazing, but we’re still flying the same damn space shuttle we had the year I graduated. And this laptop has more computing power than that hunk of junk too.

So now we’re left with authors regurgitating the same old stuff or turning to vampire romances. Have we lost the creativity? What are we missing? Have all the promises of SF gone unkept for so long that we now no longer care? Where have you gone Isaac Asimov? Sure, there are still great stories to tell. After all, writing isn’t really about new invention and ideas. It’s about the characters, their personal challenges, and how they cope with an ever changing world that’s unpredictable and cruel. The greatest idea in the world is useless in the hands of an inept author. This is why Wells and Verne and Burroughs stay so readable, because they made their characters come alive, no matter how ridiculous we find their inventions in the light of modern technology.

What’s left? It looks like all roads lead back to Fantasy, where you have complete creative control to write anything without any limits except the own “world rules” that you set up. Which of course you can change with a word from Wesley Crusher. Fantasy still tells us a lot about who we are, and what we’re capable of. I don’t believe in vamps or ghosts or whatever, and I have no interest in writing about them. So I came up with a Fantasy idea: what if hi-tech objects possessed magical properties? What would a magical MP3 player do that a regular one can’t? That’s the inspiration for The Immortals. So what I want is to create or join a new SF/F crossover genre of high tech/magic. Sort of like futuristic steam punk fantasy. Or maybe it’s been done and I’m just kidding myself. Who knows. If I just focus on the characters I should be fine.

So now I’m heading into the dreaded Fantasy world. Wish me luck.

Email ThisBlogThis!Share to TwitterShare to FacebookShare to Pinterest
Topics: About Me, Disaster Scenarios, Science Fiction Commentary, The Immortals