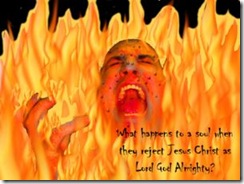 I’m sort of stuck in Edit Hell on Dawn’s Rise at the moment. Turns out editing is 100x harder than writing. Writing is just process of saying, “this happens, then this happens, then this happens” until you have a first draft. Editing is more like, “does this word work? Does this sentence convey the character’s true feelings? Does this make sense? Will anyone ever read this dreck?” Every single thing is analyzed and considered, rewritten, cut, reordered, and then cut again. It’s like mowing the lawn with toenail clippers and Round Up. Each little unwanted weed must be replaced with a solitary grass stalk, patch by tiny little patch.

I keep getting advice about remove adverbs and adjectives, then I start reading some published works and the guy uses “suddenly, but, also, extremely,” etc all over the place. So are they bad or not? Writing is not like Engineering, there aren’t strict rules to follow that destroy your book if there’s one semicolon out of place. My biggest concern isn’t really the words but all the descriptive crap I have all over the place. It’s not that the descriptions aren’t necessary, they just get in the way of the action. I need to bring the reader along, not throw a bunch of stuff at him. I guess readers are on a “need to know” basis; I only tell them what they need to know when they need it.

BTW that image is clearly facetious. I found it on this very strange site. Now back to Edit Hell.

Update: I didn't win the One Line contest...but I think they wanted more YA/MG type submissions and my writing is definitely for adults.