This was my first convention in about 10 years. I don’t know why I don’t go to more, but I plan to remedy this situation. Scroll down for my pictostory from the event!

Steamcon was Seattle’s first Steampunk-specific convention. It featured panels, art, vendors, RPG and gaming, and musical/cultural events. I had a great time. Here are some of my takeaways.

All in all, I thought it was a pretty good event. Great styles, good panels, lots of varied entertainment. Many first-convention glitches.

I’ve crafted a small picto-story from the event. I apologize for the deplorable condition of the photographs, but the iPhonium is a primitive contraption at best for pixilated imagography.

Welcome to World Airship Lines. We are expecting a small delay, so please enjoy your complimentary tea sandwiches and finger cakes. That’s not our Captain, is it? He looks a tad…off. 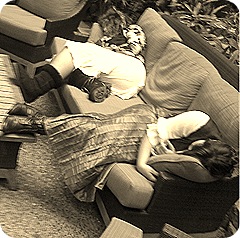 The four hour wait for the airship was abominable. These fine ladies succumbed to fatigue. 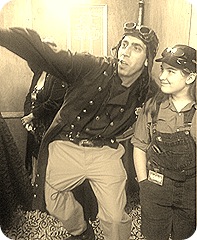 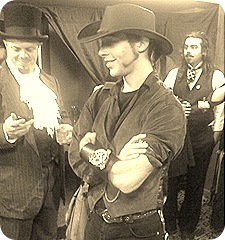 “Sir, I believe your watch and my wrist sundial are not in full agreement.” 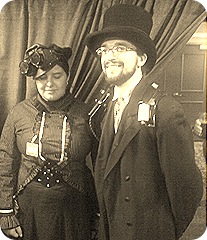 An Officer of World Airship Lines will escort you to your cabin. 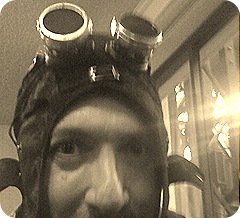 “Welcome. I’m so glad they put you in my cabin. I’ve always wanted a cabin mate like you. Mwahahaha.”