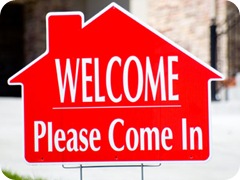 I’ve noticed some new people commented on the blog so welcome new subscribers! I hope you don’t find this blog too random. I’ve been blogging here about twice a week but feel free to check out my Facebook and Twitter links on my blog home page and subscribe to my updates.

So I’ve made a decision. After studying the market a bit, I think that the new project I’m working on, The Immortals, will probably be a lot more marketable than Dawn’s Rise. Therefore, I’ve decided to concentrate on Dawn’s Rise through the end of this month, get the query letter, synopsis, and partial in as many hands as I can, and then come June, focus all my efforts on banging out a first draft of The Immortals. Even though The Immortals is actually a SF novel, it contains enough fantasy-type elements to put in more in that genre. No dragons but lots of other stuff.

This weekend I went to my first (not including NaNoWriMo write-ins) writer’s group meetup, and met a few local authors. I sent my partial to a couple people who were interested in critiquing it. There are a couple other meetup groups I may attend over the next few weeks. I’m trying to see which groups best fit my current state of development. The one I attended was a Speculative Fiction group, which they assured me was definitely NOT Science Fiction. I’ve posted in the past how I feel that Sci-Fi is dead, although I’ve found a few authors lately that may change my opinion of that. Stay tuned.

In other news, I had a pretty interesting weekend. Saturday was our 10th Anniversary. Since my lack of income at the moment, we decided against doing anything grand except for a fancy-schmancy dinner. It’s hard to believe it’s been ten years. We had the same weather we had for our wedding: torrential rain and wind. And we had an outdoor ceremony! Fortunately they put up a tent. Yesterday I went to a Mariners game that lasted 15 innings/5 hours. The exciting part (aside from the 15th inning bloop RBI single) was that for the first time in about 15 years of going to games, I caught a fly ball! I’ve had plenty of chances over the years, and yesterday all that patience paid off. Noah wants to go play with the ball at a park but I’m like—no way.

So this week I’m focused on getting feedback and preparing to send stuff to agents. I’m going to run through the rest of Dawn’s Rise and try to reduce the word count by at least 20K words, going from 145K to 125K. I think it will sell much better as a smaller work. Reduce, reuse, recycle. Let me know if you’re interested in doing a critique, I’d love all the feedback I can get right now!