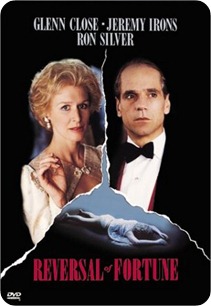 The Reversal goes by a few other names: The Disaster, The Twist, The Reversal of Fortune, The Turning Point (of the scene). Each of those terms has varying connotations, but I think the best way to address this concept is with an example.

JANE MCCONNELL and JOE JOHNSON are high school students. They both want to go to the dance with each other (Scene Goals). Somewhere in your outline or notes (or head) you write a scene, “Joe asks Jane to the dance.” So you write something like this (I’m going to stick to Omniscient POV for this exercise).

“Hey Jane,” said Joe, huddling against Jane’s locker during a quiet moment between periods. “I’ve really enjoyed spending time with you lately. I think you’re really special. Would you like to go to the dance with me?”

Jane drew a breath. Her friend had mentioned Joe had been looking for her. “Of course I would!”

Okay. For starters, there’s no Conflict, therefore, there’s no scene. If goals are met without resistance, then you’re just telling the news. To add conflict, add obstacles.

Joe rushed through the school halls. Last break of the day, and he still hadn’t found Jane. He reached her locker just as she closed up and walked away. “Jane,” he gasped, sliding in front of her, “I only have a minute. Would you like to go to the dance with me?”

Jane stopped, surprised by the sudden question. This was kind of out of the blue, but not unwelcome. “I hadn’t thought about it, but yes, yes I would!”

Well, that’s a bit of conflict. But nothing’s changed. Start thinking about “what’s the worst thing that could happen here?” Here’s the thing. Asking Jane out is a major test for Joe. He’s got to want to do it, to earn it. And then fail at it.

Joe raced through the school halls, searching for Jane before she left for the day. There, down near the cafeteria, she spotted her bobbing ponytail with her trademark pink ribbon. He pushed though the crowd and collided with Vickie.

“Watch it,” she screamed at him, pushing him off.

He jumped up, but a hand snagged his collar.

“Where are you running to, Mr. Johnson?” The gym teacher hulked over him, shaking him like a doll. “Slow down or we’ll be talking after school.”

“I will, I will.” Joe took four slow steps, then broke into a run. Oh no, Jane had left the building. Joe stumbled through the doors and out towards the bus line. Twenty buses stared at him, each identical. Which one held Jane? He jumped aboard each one, searching for the object of his mission. On the fifth bus, he spotted her.

“Jane, Jane.” She sat in the fifth seat.

Jane’s eyes grew wide and her heart beat a tick faster. “Joe, what are you doing here? This isn’t your bus.”

A group of giggling girls boarded and claimed the seats around Jane. “Oh Jane, who’s your geek leech,” asked one, sneering at Joe. “Go back to your nerd herd!”

Joe ignored them. “Jane, I’ve been trying to find you all day. I know this is kind of last minute but—will you go to the dance with me?”

Jane glanced at the faces around her. How she had waited for this moment. But this? “No! Joe, you need get off my bus, it’s about to leave!”

More than ever, we feel like Joe has really earned this, but to make a scene shine, it must contain a Reversal. What’s really different between this scene and the other two? Both achieve their goals when you think about it: Joe asked Jane, and Jane was asked by Joe. The reader now knows that they both want this dance thing to happen, but Joe broke all kinds of social protocols to do it, and Jane doesn’t want to be a laughingstock. The readers see what Joe did as almost gallant, but Jane sees it as an embarrassing display of desperation. So we have a Reversal in that Joe’s efforts went for naught.

The Reversal is one of the most powerful tools we have at our disposal. If everything had gone well, then they’d be going to the dance together, but that situation is not a scene, and it’s not even a story, except in the newspaper sense.

You can see that even when characters’ goals are aligned, things can still go horribly wrong, and that makes for juicy writing fodder. If Joe had just taken Jane aside in a quiet moment like in Example 1, things would have gone fine, but nothing would have been learned. The Reversal is there to expose the ugly flaws in our characters when faced with pressure and conflict. It’s to make that moment at the dance, when Joe finally gets together with Jane after all he’s been through, that much more special. (And then add a Reversal to that… :)

How do you keep your readers guessing?