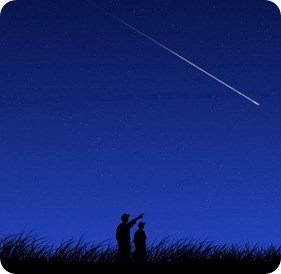 As some of you know, I’ve been working through an online revision course for Steam Palace. The first half of the course was a detailed examination of my  draft, including analyzing scenes, plots, characters, settings, and consistency. It hasn’t really touched structure and style. But now I find myself at an impasse. I have a vision of what the book should be, and I want to start writing it. Over the last couple weeks, I’ve been rewriting certain scenes, trying to gain a feel for what the new version will be like.

The course is wanting me to build scene cards, mark keep/change areas, blah blah blah, but my plan is to completely rewrite everything., Every single line. The reason is simple. Although I had an outline for my first draft, when I sat down to write it, all I wanted to do is to get my idea for the book down on paper. I rushed through the draft, not worrying about anything. The result is a mix of good and bad (mostly bad), but rewriting is far more effective that revising.

Revision is different from drafting. In this revision, every line, every word counts. When I was drafting, I could crank out 5000 words a day. With revision it’s closer to 500, and I’m writing copious notes to make sure I don’t drop threads. But that’s not the main difference. I know where the story’s going. I know what the character relationships are. I’ve thrown out 3 characters and replaced them with far more interesting people. I’ve ripped out the middle and replaced it with something deeper. I’ve taken my setting and cranked it up a couple notches, raising the stakes up to where a true Sci-Fi story should be.

Here’s the thing. In my heart, I’m a pantser. I’m not a plotter or an outliner. I can’t sit around for the next 2 months plotting out cards for every possible scene. Yes, organization helps me. Having an outline made drafting immeasurably easier. But organization is not my strength. I’m a problem solver, and I’m creative thinker. I can’t plan everything out to the Nth detail.

At a critique meeting the other day, a newbie was incredulous that I could imagine a world with imaginary characters. I explained that it’s a simple process. What you’re looking at right now is a bunch of dots on a screen, but your brain sees it as something else. Imagination is the same. I see a setting, some characters, and some issues, then my brain interprets that as a story. You “imagine” stuff all the time, you just don’t know it.

This is why I’m kind of giving up on the course. I don’t want to draw dots. I know I haven’t figured out every problem that I have in the story, but my imagination is begging that I start crafting full scenes, not just one-line summaries which don’t really tell me what happens in a scene. My brain has connected all the notes I’ve made, and is ready to tell the story as it should be.

This week I created a new prologue for my story…just for fun (please no anti-prologue lectures). I may or may not include it in the final revision, but something I read in the coursework really made me think, and I’ll paraphrase here:

Do not write any scenes or include any characters that you are not dying to write.

That really struck a chord with me. I knew during drafting that there were a bunch of scenes that I “got through” because they “needed” to be in there. Then when it came time to print out a chapter for my critique group, I sometimes skipped the boring scenes. After learning this, I realized that

Note that this does not apply to first draft. You’ll drive yourself crazy trying to make every scene perfect and you’ll never finish. In your first draft, include every piece of crap that comes to mind. But during revision, everything counts.

And now, without further ado, here is a snippet of my new prologue, a highlighted bit that appears above the chapter header.

“Belonia” is a strange star that’s been in the sky for 450 years. It travels across the sky backwards, counter to the Sun and Moon. There used to be four of them, but now there’s only the one. A crazy old witch lady issued this prophecy. I’m not sure it fits the story, and the name sounds a little like “Bologna” (I used an online name generator), but I had a lot of fun writing it. And maybe that’s the secret.

Do you make sure everything in your novel is included for a reason…and that the reason isn’t “it has to be in there”?