Wow. What a weekend. So much has happened. I’ll have a few more posts about it in the coming days.

To summarize, last weekend I attended my first writers conference. The main event was “Pitch Slam” where I had about 60 seconds to describe Steam Palace to literary agents. The event took place in the Sheraton NY Hotel and Towers in Manhattan, a snowball’s throw from Times Square.

Throughout the first day, there was only one thing on people’s mind: refine the pitch. Test it out on others. So every chance we got, we practiced our pitches with each other. Earlier in the week, Janet Reid had claimed on her blog that a pitch is a one-line description of your main character and an inciting incident. That set the Twitterverse abuzz as this was contrary to the advice on Writer Digest’s own web site. Then Chuck Sambuchino added fire to the mix when he suggested yet another structure: “long line” and then hit the Inciting Incident.

To confuse matters even furtherer (and spell check is accepting furtherer as a word), earlier in the week, I had run across the new office of the PNWA in Issaquah, WA, and I had run my pitch by them. Frankly, they provided me with the best advice of all: describe the main protagonist and the most dangerous antagonist’s most tense moment, but don’t reveal the outcome. Kind of like, describe the Gunfight at the O. K. Corral just before the shots are fired. (Just read Mike Resnick’s Steampunk version of that event called “Buntline Special”…kewl).

So, with all that advice in hand, I spent the evening at a lounge with fellow writers honing and perfecting, trying variations, and getting the tempo down. That’s when I first saw it. In that lounge (Faces and Names), I saw reactions in the faces of my fellow writers. More about that to come.

The next day started with Don Maass’ presentation. Okay, no beating around it. The man is a god. He did a mini-workshop where I worked on one of my weaker scenes, and dammit, by the time he was done, I had a much better idea of how to rev up the tension. But once the morning sessions ended, I went back to my room with my box lunch, and did a little soul-searching.

It’s been almost 2 years since I was let go from my job. Two years of trying to learn a new profession, to turn a lifetime of writing dreams into reality. I knew when I sat across from an agent, I was putting my very existence on the line. This was like job interviews, except this was a job that I wanted more than anything I’ve ever wanted since I asked my wife to move in with me way back when. Yeah, I was nervous. Dead nervous. Cold hands, sweaty brow, churning stomach. And with two hours of sessions left before Pitch Slam, I knew I had to get my nerves under control.

The last session was Janet Reid’s. And she is the Query Shark. Every person that volunteered was ripped, stripped, and left the stage with a much better pitch. She, too, is a goddess. But I kept going back to the advice I had received in town before I left. I saw how my fellow writers reacted to it. So, I pretty much ignored Janet’s advice (I will go back and look at her advice for query letters though. May send her one just to see…) and headed to the Slam.

By the time I got in, it was packed. SRO. Every table was ten people deep, and with three minutes for each pitch, that meant that I was at least thirty minutes behind the first people in line. Shit. Then that damn bell kept ringing, hammering my heart like the Liberty Bell falling on me. Each bell meant I was that much closer. The man in front of me got to go early because the last person left before the bell. They talked. They talked. I could see it was a ‘No’ but they kept talking. I heard it! My bell, my beautiful bell that meant I could go and make my very first pitch, just like the first pitch of the World Series, and they kept talking. Hello? Hello??? HE-LLOOO???

He left. I sat down. “HiImAndrewMynovelscomplete120thousandwordsSteampunk” O M G. I don’t think I’ve ever talked that fast in my life. I think I forgot to breath, because at one point in the middle I said, “hold on". I took a breath. Then, “sotheEmperorgivesSophiaanimpossiblechoice: betrayyourcountryorIllkillyoursister.”

There. Done! I took a breath. I looked at her face.

She spoke. “So…what’s so Steampunk about it?”

I don’t know if you just heard the sound of the Liberty Bell falling on me again, but that was not a question I had prepared for. “Uhh…um…uh Victorian stuff? Giant machines? Uhh…” Crap, I was losing it. Then her next question, “would you say it’s more plot or character driven?” The Liberty Bell has now left the building….by crashing though the floor and taking me with it. “Sorta in the middle?” Holy shit, I sounded like a loser! “No,” I said with conviction. Never sound wishy-washy. Ever. Even if the answer’s wrong. “It’s more plot driven. But I do a lot of character work too.” Would that work?

Turns out she’s interested, but a little hesitant. I got my first “send me something.”
TADA!!! HALLELUJAH! Hey, now, hey now!

(you know that song…)

On to the next one. Maybe I was overconfident, but I got a “not interested” pretty quickly. Good. PLEASE, agents, do not waste time at these events! Yeah, I was disappointed, but I was 1-for-2, and next up was probably the agent that I really, really wanted the most. I was running with the pitch I had worked on. I really had to nail it this time.

This is how I know I might be a writer. This is how I know that this has all been worth it. Like I mentioned earlier, I could see a reaction when I recited my pitch. Right in the middle, there is this widening of eyes. A slight pulling back of the chin. An “I didn’t see that coming.”

Sophia travels to Hartford where she meets this mean, angry, evil woman who tries to lure her into prostitution, but then finds out that this woman is her separated-at-birth identical twin.

I got the “whoa”. I had learned this from practicing, that I could elicit that “whoa” moment from my colleagues. I figured agents would be jaded, but I started to get the same reaction from them. I knew I touched some emotion in them, the “holy shit, Sophia must be conflicted” emotion. I even learned to put a “beat” at that moment, to allow the reaction to occur. (And it’s not even my Inciting Incident, Janet, it’s the Turning Point that leads into Act II, because once Sophia accepts that Viola is her sister, everything she’s every known about her life has changed, and she irrevocably in a Special World…but I didn’t mention any of that in my pitch).

Then I drove to the thrilling punch-line:

The Emperor captures the twins and says to Sophia, “give me the secret to the Sea Key” (which would lead to her country’s destruction), “or I will kill your sister.”

Then I stopped. Another “whoa.” I could see that I reached them. Nods. An intake of breath. Some mentioned, “now that’s a dilemma.” I sold this agent and the next three, a total of 5 out of 6 requests for query/partial. (And yes, I used a parenthetical expression in my pitch).

Mark this moment down. I entertained 5 literary agents for 180 seconds each. I showed them that I have the potential to be their client. Time will tell if any of these agents are interested in representing me. My gut tells me that it’s a long shot, but it’s a far shorter throw than I had just four days ago. My attendance at this event has catapulted me in front of the hundreds, if not thousands, of the queries these agents receive every month.

The other thing this conference has done is re-energized me as a writer, to keep working hard. I see a light, it might not be the right tunnel or even the right direction, but I can see it. I’m going to keep driving for it, because not only did I talk to my fellow writers about Steam Palace, I also mentioned the Family History project, and after seeing them react to it, I know that it will gain huge interest as well. I can do this. I just need an agent! Or a contract! 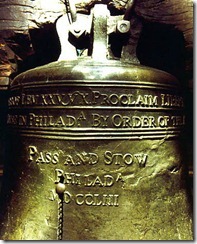