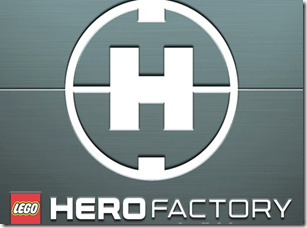 In the last two weeks, against the backdrop of me frantically preparing for this week’s Writer’s Digest Conference, I’ve had two massive projects dropped in my lap.

The first, which I’ve chronicled in my last two posts, is the story of my cousin Barney and his heroic rescue of his family from persecution in the 1920’s.

The second, which I won’t detail due to privacy issues, is the memoir of a new member of one of my writing groups where he chronicles his dealings with mental illness. Let’s call him Joe. I’ve been helping him figure out how to structure his account.

Both are true stories, and both share something amazing: a true Hero in both the real and the literary sense of the word. As I learn about both stories, I realize that these are stories that absolutely must be told. Not only that, they both revolve around probably the greatest motivator in the world: the need for love and connection with our fellow man.

Here are some of the things that makes them Heroes.

So now, the question for me as I head to New York, is what about little Miss Sophia Stratton, the main character of Steam Palace? Does she in any way compare to these real-life heroes?

I see her story a little like Barney’s. She leads a somewhat sheltered life. She’s avoided relationships, lived with her mother and older sister’s family (whoa---way parallel). She’s kept her nose to the grindstone, perhaps like Barney, and never looked at the “bigger picture.”

She’s had Calls to Adventure in the form of letters from her Aunt, begging her to visit, but it’s not until her own life becomes so untenable that she accepts it. In Sophia’s case, the Journey isn’t quite as well-defined, which may be something I need to look at. It’s actually a series of journeys, all revolving around her twin sister Viola. At the core, Sophia is trying to honor her father’s memory, to right a wrong that occurred long ago.

The Reward for Sophia is fairly clear: her family survives. But she is presented with an even greater reward: if she completes the journey, she will gain what her father lost: their ancestral lands and peerage. But there’s a reward greater than all of those out there: her twin sister Viola. This goes to the heart of the Evil Twin metaphor: by confronting your twin, you are really confronting yourself. Sophia not only sees what she could have become, but she learns to appreciate what she has. So if she can come to terms with Viola and who Viola is, Sophia is really coming to terms with who Sophia is, and that’s the Inner Demon she must ultimately conquer. Like Joe, Sophia realizes that her love for her sister can heal Viola, and by doing so, can heal the hole in her own heart left when her father died.

Have you looked at your own work to see what your character gains from the Journey? How do they change, and what do learn from the experience? How do they start broken in some way and then wind up more complete?