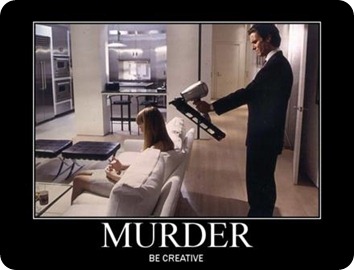 And I got nothing. Well, I do have something. But I don’t yet have a plot. I have a bunch of characters, I have a crime or two, I have a couple scene ideas. But beyond that…nothing. Last year at this time I was sitting around just trying to think of anything I was missing. This time around I’m grasping for straws.

Okay, enough of the weak metaphors. There’s no reason to panic. At heart I’m a pantser, so no big deal. Sure, I’ve never written a Mystery before. And now that I’m doing it, I’m finding it incredibly complicated. Clues, evidence, leads, motives, means, it all has to be non-obvious and obvious at the same time. Every line of the story has to be about the Mystery. But I have all these great ideas about scenes that have nothing to do with solving the crime(s). And not many about pursuing the bad guys.

I’ve been reading James Frey’s How to Write a Damn Good Mystery. It’s helpful and daunting at the same time. Frey is a proponent of a “Five Act” structure dealing with the phases of solving crimes. Here it is for those who are interested:

Well, I kinda have a little bit of Acts I and II laid out. The rest is completely up in the air. I have ~6 days 12 hours to figure it out. Also, according to Frey, there this kind of “Act 0” which is the story of the villain, the crime, the victim, and everything that happens outside of the scope of the book. “The plot behind the plot” is what I think he calls it. What I have so far is 4 actual murders, 2 attempted murders, and some other crimes as well. Woot!

So, how is your NaNoWriMo planning going?