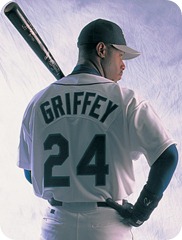 We interrupt our regularly scheduled programming to bring you this important post.

Yesterday, Ken Griffey Jr. announced his retirement. He’s the greatest baseball player I’ve ever seen, and I was privileged to witness in person most of his greatest moments, including The Double, where he scored the winning run against the hated Yankees. (see picture below)

But my favorite moment came a few years later. The night of April 30, 1999 was my bachelor party. As a Seattle Mariners Season Ticket Holder (as I still am today), the night would not be complete without a trip to the Kingdome to see the Mariners take on the Toronto Blue Jays. Of course, as these things go, we didn’t arrive until the bottom of the eight inning. We got some cheap seats in the outfield. By the time we made it to our seats, up stepped Ken Griffey to the plate as if on cue. Friday night, bases loaded, one out, down by two runs, and all thirty thousand fans were up on their feet screaming.

First pitch swinging and it was get out the rye bread and the mustard grandma, it’s grand salami time! (It was a grand slam).

I consider that Ken Griffey Jr’s wedding present to me. The next five batters were retired in order and the game was over, but the bachelor party continued.

Thank you for everything you’ve done, and I can’t wait for your Hall of Fame Induction! 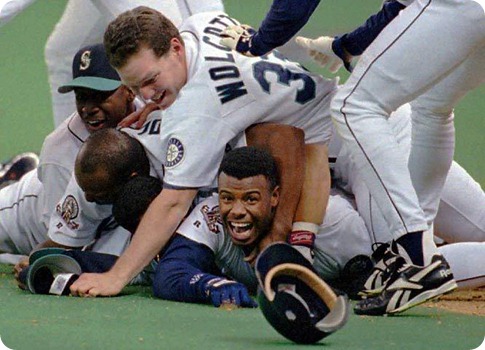