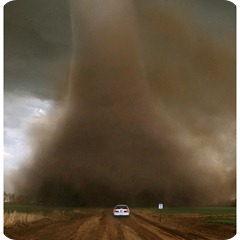 This is the tenth in a series of posts talking about the story structure known as “The Hero’s Journey.” I’m borrowing heavily from“The Writer’s Journey: A Mythical Structure for Writers 3rd Edition” by Christopher Vogler. This is my interpretation of it, and I’ve tried to highlight some pitfalls I see writers falling into. Click here to review other installments of Story Structure.

Act III. This is where the magic happens. This is the part of the story you wanted to write  since you held the first glimmer of the concept in your head. Everything is heading downhill with a breeze at your back at this point…until you hit the rapids heading for the waterfall. The stakes are huge. Everything your Hero has ever known is at risk. A great winner-take-all conflict is looming. I can throw in more clichés but you get the idea.

Your Hero is now exiting the Special World he has been in since the beginning of Act II. He’s heading back to the Ordinary World, but this isn’t the same world he left—he isn’t the same person anymore. The problem is…you can never go home. We all know that. And worse than that—your Hero hasn’t resolved anything in Act II. The Villain is pissed off, and follows the Hero back to the Ordinary World, putting that world in jeopardy. The Road Back is hard, and if your Hero fails, he’ll never go home again. He may have even met some would-be Heroes stuck in the Limbo, unable to overcome their fears and forever lost in the Special World. Maybe he can help those lost souls home too. 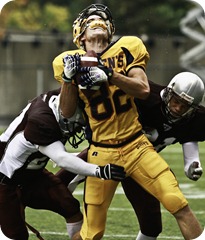 Our benchwarming Quarterback now has a bug up his butt. In Act II he discovered that his nice, safe, comfortable world no longer exists. To return back home, he must keep moving forward. In some ways he’s become the Villain. He abandoned his team on the field, he abandoned his family at the hospital, and of course he tells his girlfriend he never wants to see her again. His Road Back is hard. He’ll never be the Benchwarming Quarterback again. He’ll never have that special relationship with his girlfriend again. He may never be able to speak with his father again. But…what now? Who is he? All he knows is that he has to win this game. It’s become more than a game—it’s a life and death struggle, with his father’s life held in the balance.

He returns towards the end of the 3rd Quarter, and his team is still losing. As he enters the field, he sees his team’s starting QB struggle, limping around the field, the other team crushing him to the ground again and again. It’s fourth and long, and they have to punt. Our Hero dons his helmet and runs on the field. In the confusion, a man runs off, keeping their side at 11. When the ball is hiked, he steps in front of the punter, takes the ball, and runs like a flamethrower is aimed at his back. The opposing team is confused as he runs the ball down the field, leaping would-be tacklers, spinning and driving, bowling over one last man and making a first down by inches. Coach is screaming, the starting QB is ranting, but our Hero refuses to leave the field. It’s his game now. Still down by three scores, it will take everything he has to lead his team to victory. He will win this game, or he will die trying. Time is running out.

The Road Back Goals

For me, this is always the most exciting and interesting part of the story to write. I can’t wait to write the next page, to find out myself how my Hero will act in the end. I learn more about my Hero in the last ten pages of the book than in the previous 300. You’ll find out what that “most important thing” is, more than a thousand pages of backstory will tell you.