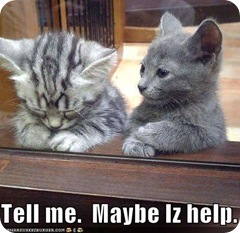 Well, it’s been a very long year for me and my family. One could say that this year was just one disaster after another. Maybe not as bad as 2006 when a tree fell on our house nearly killing us in our sleep, but this year, we never seemed to catch a break.

Let’s see, where do I begin? Oh yeah, it all started when I lost my job in March. Here’s my “self assessment” I wrote in Sept. 2008 which was essentially the “writing on the wall”:

It's been pretty depressing. I don't think I've done very well since I came here. I really like the place and all the benefits. I like being in the forefront of technology. But let's face it: I've changed. I'm not the guy I was 20 yrs ago out of college, full of energy and ideas. I'm tired and unfocused most of the time.

I have trouble learning new things. I have trouble adapting. I have trouble working things to completion. My manager seems to talk to me every so often about how disappointed he is with my progress. He's very nice but pedantic about it.I took a look at the part of the self assessment that states "list 3 strengths." I couldn't think of one.

So you see, I kinda saw it coming months in advance. Honestly, my heart wasn’t in software anymore. So I cashed in a lot of assets, managed a decent severance, and off I went into my new “career”.

Things got worse from there. On the night of July 4, my wife slipped down some stairs and fractured her leg. Fortunately, insurance covered most of the $60K surgery/hospital stay expenses. Of course this was right on the heels of my own hospital stay for some still unknown stomach ailment. Then for the Pièce de résistance, in November, my wife hit some road debris and rolled the car, totaling it.

On top of this, it seemed like every thing we owned died and needed repair or replacement this year. Ready for this list? In no particular order:

And just this weekend, just to show that 2009 isn’t done trying to kill us:

Not to mention the fact that my heel tendonitis has bothered me all year, preventing my from running like I’d like to, and that I’ve gained at least 15lbs this year (which doesn’t help my tendonitis). I think I ran 2 races this year (including my first triathlon). Every time I build my mileage back, the tendonitis returns. I don’t know right now if I’ll ever be able to run more than ~15 miles/week. I need around 25 to get “in shape.”

So. Has anything good happened this year? The kids are doing well. My wife’s foot is recovering. We have a new car and new appliances. No deaths in the immediate family. My sister had a baby. We found some expensive jewelry that had been missing for 7 years. And I think I’m off to a decent start on my writing career. 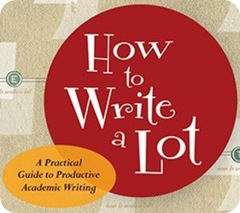 I spent most of the year working on Dawn’s Rise. It had already gone through a round of revisions, but I wanted to make it publishable. I spent almost six months on this revision. I learned a ton about writing, but the revision didn’t really go anywhere because I was focused more on the details than the big picture. I eventually realized that the whole book needed a rewrite because the entire story structure didn’t work. After spending so much time on it, I put it aside, knowing I had at least another six months of revisions ahead of me.

Meanwhile, I had started working on another WIP I call The Immortals. I wanted to challenge myself to write a Fantasy-type novel, and to give myself something else to work on to take a break from Dawn’s Rise. I wrote out about 80K words on it, but like DR, it kind of petered out because it didn’t have a good story structure. It also is a huge story with a complicated world that would take me months to plot and plan to get to a point where I can proceed again. At 80K, I’m maybe 1/2 way into the story, so already my word count is huge.

In September, I came up with the idea for something I call The Lover’s Journey. When I took the concept and applied it to a woman, I came up with the germ of the idea that became Steam Palace. It’s a complete draft that I am now editing. It’s only 80K words complete, which makes revision much simpler. I think it will top out at 90K when I’m done but for now it’s my main focus.

I’ve also created a few series on my blog about writing. It’s helped me gain insight on my own writing and been well-received by the writing community.

So I had a lot of crises, but I still managed to crank out a lot of writing this year. I know my writing has improved 100%, but I still have a ways to go before I’m publishable. I’ll outline some 2010 goals in a future post. 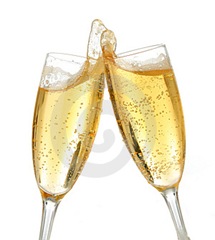