My Other Characters Speak

My Other Characters Speak 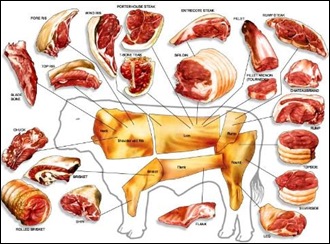 Or should I say “complain”…

First a quick medical update on my issue: I’m feeling much better, and I still have no idea what caused everything. I’m getting back to my normal workout and food routines (as well as writing). BTW I wrote some of this in the hospital while “under the influence”.

Well, you saw my post where some of my female Main Character’s speak. After reading that, some of my male main characters had a bunch of beefs(like the picture) they wanted to bring up too.

JOHN: Hi, I’m John Jacobs, star of the ill-named “Dawn’s Rise” novel Iap is trying to publish. You see, I’ve read what he’s posted for query letters and such, and frankly, it’s getting ridiculous. I mean, I really like Dawn and all, but to be honest, I’m the one who saves everyone, not Dawn. It’s all my idea. I don’t understand why Dawn is getting all the credit. She even has her name in the title. It should be “John’s Rise” or “John Rules” or something.

IAPETUS999: John. We’ve been over this before. This is about Dawn’s transformation, not yours. It’s her perspective and her point of view. She faces the greatest challenges and makes the greatest sacrifices.

JOHN: Riiiight. You made me live in a sewer full of decomposing bodies for a month, which then turned into an unbearable stinking sauna. Then I was tortured! Dawn goes through the entire novel without as much as a nosebleed. She’s pampered and well-fed through most of the novel. Have you ever considered re-writing it from my point of view?

DANNY: Hi, John. I’m Danny, “The Child God” from Iap’s The Immortals WIP. I gotta say, I think you have a point, though I think you’re exaggerating when you say she doesn’t suffer.

JOHN: Hey, Danny. Okay, maybe I’m stretching things a little, but come on. So, what’s it like being a God? If I even had a fraction of your power, I can’t even imagine what I would have been able to do. Do you have room for any more Immortals? I don’t think this gig is working out for me.

DANNY: Well, you know, it was rough at first, with Ethan busting my ass all the time. What really sucks is that I haven’t aged past the age of ten for over three thousand years. I don’t really notice it much, but every so often, I wish I could be big.

JOHN: Man, that does suck. You can’t just use your Magic to make yourself bigger?

DANNY: It doesn’t work that way. It only preserves who you are when you acquired it.

DANNY: Not ringing a bell.

ALEX: Oh come on! I know I’m not one of Iap’s strongest characters. But I’ve been through some tough times as well. Hell, I was water-boarded at one point.

(John and Danny shake their heads)

ALEX: Oh, fuck both of you. At least I have my own blog.

(John whispers aside to Danny)

JOHN: Who is this guy?

SYLVESTER: John, I think you should be proud of your achievements. You singlehandedly created the plan that saved Dawn and the rest of Earth’s survivors. The survivors owe you a huge debt of gratitude.

JOHN: Hey, I like you. Danny, sure you don’t have a few Immortal slots to fill out?

XENA: Hey boys. How’d you like some real action?

(Alex walks up to her)

(he grabs her ass. Xena slams him on the ground)

SYLVESTER: Who the hell wrote that boy? Did he just cry off to mama?

JOHN: Actually Misty’s his wife, and she deserves a lot better than him.

XENA: You boys gonna yap all day or are we gonna get it on?

DANNY: Well John, you said you wanted a bigger role. You up for it?

(John faces Xena. He holds his own for a minute, but the Warrior Princess is too much for him. John lies bleeding on the ground)

JOHN: No! I’ll do it. Everyone back off!

(John pushes himself to his feet)

DANNY: Well, then, at least take this.

JOHN: What the heck? Ohh…I can feel the power. Now I get it.

(he attacks Xena in a flurry of blue light, and in moments Xena is driven off. High-fives ensue)

DANNY: Good job, man. Okay, can I have that back now?

(John hesitates and holds it up high)

JOHN: Maybe I should keep it. Might be the thing I need to get Iap change the novel.

JOHN: No. I want the book changed. It’s not fair.

DANNY: Well it’s not fair that I never grow up! I’m the most mature damn character in the book, yet everyone still sees me as a kid.

SYLVESTER: And it’s not fair that Iap never works on my novel anymore, but that’s life, kid. Now hand it over!

ALEX: And it’s not fair that I have no guts!

(John rolls his eyes then hands it back)

JOHN: Fine. But we all know who the real hero is.

ALEX: Iap for creating all us wonderful characters.

(John, Danny, and Sylvester groan as one, then take off chasing Alex, finishing the job Xena started)

IAPETUS999: Where did everyone go? Am I all alone again? Damnit!