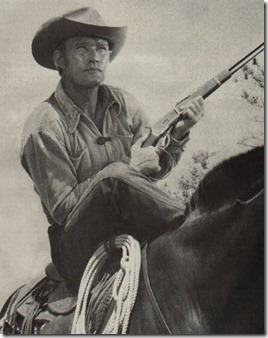 This is my entry for Jordan McCollum’s Romance Blogfest. Her instructions are: “Post a first meeting between two characters who will fall for each other (even if it doesn’t look like they will at the time!).” Please check out the other entries!

This scene is from the first chapter of Steam Palace where our Heroine Sophia is rescued by a mysterious stranger. Hank had been pursuing her, trying to force her to marry him.

Sophia’s world was crashing, burning around her. A man dead? she thought in disbelief. She looked at the four faces that surrounded her, all seeking her mortal harm. Two lifted Jim’s body onto his saddle. She had done that man a grievous wrong, and she ached to think of Jim’s family.

Despite the horror, Sophia would not be forced into a marriage with someone she did not love, no matter what the circumstances. That left only one path. Sophia ducked under Al’s arm in an escape move, breaking his hold, and ran through the woods with all the effort she could muster. She would fight them all the way to the gallows if necessary.

“You can’t run from this!” cried Hank behind her, no doubt mounting his horse in pursuit.

If she could just reach the mechohorse, the shotgun lay in its belly. Just as she reached the trail and spotted the machine, horses surrounded her once again, circling her. Sophia turned every which way but could not find an opening. Hank pulled out his pistol and shot at her feet, the reports echoing throughout the forest.

A different boom rattled the trees. A lone horseman stood on the trail. A black hooded coat draped his head and shoulders. He rode on a magnificent chestnut mare worthy of the King’s Guard, holding a long, smoking rifle at the ready. “I shall not miss again,” he called.

“Hey, get the hell out of here!” cried Hank. “This ain’t your business. This woman killed one of my men, and we aim to have our revenge.”

The dark rider leveled the rifle and peered down the sight. “Say the word, milady, and I shall dispatch these men to their graves. This is a repeating Spencer, boys, fully loaded.” His voice spoke cool and calm.

[a lot of fighting and shooting ensues including an airship attack]

Sophia crept out from under the belly of her broken mechohorse. The dark rider rode his mare out from under a tree where he had hidden from the airship.

Sophia examined herself for a second, and then looked up at the man who had saved her endless grief. “I am quite well, thank you. To whom do I owe gratitude?”

The man removed his hood. “Thomas Putnam, formerly Captain in the Third Aivy. This is Lucy.” He patted the mare.

“Thomas?” Sophia had not heard that name for years. Thomas was the son of the town’s only physician, a foreign woman from Charlottiana. He had been in the Aivy, the Air Navy as it were, for many years. “Thank you so much. I am forever in your debt.”

Sophia studied him. He looked terrible, with sunken eyes and many days’ growth of beard, quite unlike the tall, strong boy she remembered. His dark wavy hair lay plastered to his scalp. But she saw something else in his eyes, a strength of character missing in most men she had encountered in her life. She instinctively knew she could trust him.

“Do you require any further assistance?”

Sophia glanced at the mechohorse. “I believe she is done for. Might I request a ride to my home?”

“It would be my honor.” A hint of a smile crossed his lips.