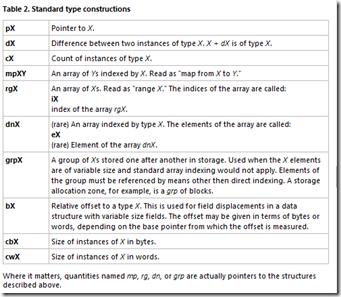 Okay, maybe I’m starting to reach for blog topics. It’s hard coming up with two of these every week. I’ve written something like 350 of these over the last few years, so after a while it’s hard to not keep running over the same old ground. But I think I’ve hit on one of those hidden gems that begs for a write-up: punctuation. Probably because it’s the most boring aspect of writing, yet it’s the one thing that seems to invoke the most passion.

This weekend, I almost got into a (another) punctuation argument with my critique group. About what? Single or double- space between sentences. A simple Google search reveals the answer: One space. Period. One space. Next sentence. However, about half the documents I review have two. I simply meant to remind them of the convention, because Word 2010 puts little green marks whenever I have a double-space. (Yes, I know I can turn it off but why?)

You would have thought I asked them to wear uniforms and salute. Use acid-free paper and dolphin-safe toner. Change the gender of their characters and call them Charley. I almost got my head chewed off. I just wanted to mention it and move on. “Uh, could you just use one space—” “NO! HOW DARE YOU SUGGEST THAT! NEVER! NEVER NEVER NEVER! We’ll settle this in the parking lot!”

Sheesh! Does anyone know what editors truly want in electronic submissions? This kind of reminds me of the old days of programming, before there were any standards and when you wrote code in the simplest of text editors. The huge religious argument consisted of “tabs vs spaces vs 2 vs 4 space etc.” When to indent, how to format comments, even down to something called “Hungarian” which is precise rules to name code variables. I’ve endured argument over argument over the name of variables that are used maybe a couple of times. Nowadays, all those arguments are moot, because “smart editors” use company-wide templates and force your code to comply to a certain format. These are called “code beautifiers.” Nowadays, if you want to know what a variable does, hover your mouse over it. Who cares what it’s called?

Does something like this exist for manuscripts, that fixes all the crap authors put in there? Or does any of it really matter? Should we just be cool with writers using spaces to indent paragraphs, using l instead of 1, (that’s little L if you didn’t notice) and hitting line breaks at the end of each line? When are we going to enter the 2lst century?

Guess I should be glad that I’m actually getting electronic copies instead of typed or—gasp—handwritten entries. (Well, I still get handwritten feedback, but there’s only one space after those sentences).