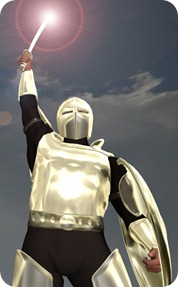 This is the twelfth in a series of posts talking about the story structure known as “The Hero’s Journey.” I’m borrowing heavily from“The Writer’s Journey: A Mythical Structure for Writers 3rd Edition” by Christopher Vogler. This is my interpretation of it, and I’ve tried to highlight some pitfalls I see writers falling into. Click here to review other installments of Story Structure.

Return With The Elixir

The End. The Dénouement. The Conclusion. The Epilogue. The Resolution. The Verdict. The Payoff. Whatever it’s called, we’ve come to the final chapter of our Hero’s Journey. We know what’s going to happen, and finally, our Hero is back home in the Ordinary World. But, it’s not the same world he started in. It’s changed. He’s changed. He’s undergone a traumatic transformation, and now returns home forever changed. “The Elixir” is the essence of this change, the lesson, the arrest, the anti-virus, the deciding vote, the surrender of the Enemy, the winning score, the hard-earned victory against incredible odds. Something he can carry with him for the rest of his life, and improve the lives of everyone he cares about.

It’s nice to show how your Hero has changed, to cement his transformation. In the initial Ordinary World, he was pushed around, taken advantage of, alone, in debt, or whatever problem he couldn’t overcome. Now he handles bullies with ease, is wise to the world, rife with friends, loaded with riches, and a master of his destiny. Of course, you don’t have to wrap up everything—don’t forget about that sequel—but make whatever final points you want to make.

I think this brings up the entire purpose of writing the book. The “Return” is where you draw your conclusion and illustrate your lesson. “Marriage is hard work”, “You must lead by example”,  “Grief is how we move on”, “Don’t ever cross a ghost”, etc. Did you make your point? Did your character experience enough consequences to warrant this ending? The ending justifies the meaning. 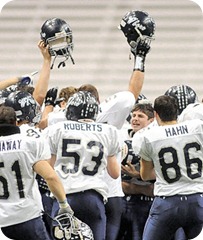 Now to conclude our Benchwarming Quarterback story. One final play, one last chance to prove himself, and he leaves the game. On the drive back to the hospital, he confesses his sins. He’s been a terrible son, a lousy quarterback, and a poor boyfriend. The cheerleader never meant to hurt him, but he seemed disinterested, so she strayed. He understands, and forgives her. Everything he’s done lately has been a failure, and even his attempt to redeem himself was false.

Now for the Lesson part. He must do the hard things. He can’t just waltz through life. When he arrives at the hospital, he has the Elixir. He’s back in his Ordinary World. Turns out—his father is fine, and in fact, is conscious. They found the game on the local cable channel. They beg him why he left the game and he tells them because his responsibility lay here…with the people he loves. Suddenly he has his father’s approval, and his girlfriend sees him in a new light. Turns out his Ally on the team caught the winning touchdown, so everything worked out in the end. It’s not a perfect ending, but we leave the story with the sense that things will work out.

Return With The Elixir Goals

Next Installment: How to Apply the Hero’s Journey to your own writing, what it is and what it isn’t.