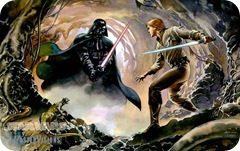 For those doing NaNoWriMo, one of two things has happened: you’ve either forged ahead, or lost interest and motivation. Either way, congratulations for hitting the halfway point! Believe it or not, everything is downhill from here. Why? Here’s what you should have accomplished by now:

That’s a lot to have accomplished in 15 days! Pat yourself on the back, take a deep breath, because this is when the “real” writing begins. Those of you who have abandoned NaNoWriMo are missing the thrill of the Crisis and Climax, where everything is put on the line, and your main character makes the most wonderful transformation. Now, onto the details.

We’re now into the meat of Act II. Your Hero has a goal, and only one thing stands in the way. The Villain. He must confront the villain, enter their lair, and retrieve something incredibly valuable. This is known as the Crisis, but it isn’t the ultimate Climax of the story. Here is where he’s entered foreign land, learned all the curious rules about it and gathered Allies, now attempts to take on the Villain on the Villain’s home turf. Generally, this is not a good idea, but your Hero must be so committed to the journey that he will face any risk to achieve his goal.

So he’s off to face the Villain, who is kind of “huh?” right now. The Villain is not really focused on some insignificant bug that’s buzzing around. He’s off doing his dastardly deeds, heedless of the consequences. By the end of this week, that all changes. He now will see the Hero as his main threat, so he’ll come after the Hero with everything in his arsenal. Week Three is when you separate the men from the boys, the Heroes from the Wannabe’s. So here is a general outline:

So now onto the Tips for Week Three: 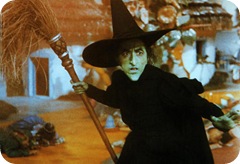 If you still get stuck, here are some thoughts to keep you going: