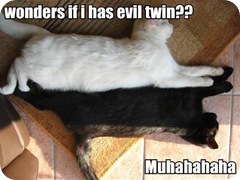 Meme: A postulated unit or element of cultural ideas, symbols or practices transmitted from one mind to another through speech, gestures, rituals, or other imitable phenomena.* (Wikipedia)

You’ve all seen it or read it. The main character is somehow “split” into a good and evil part. Or a long lost twin reappears for an episode or chapter, and is nothing like the original character. Ever since TV and movie directors discovered that they can overlay the same actor twice in the same frame, they’ve explored in nauseating repetition every possible angle and variation of the Evil Twin Meme. It all started full steam with the “Evil Kirk” ST:TOS episode “Mirror, Mirror”. This Wikipedia entry has more details. 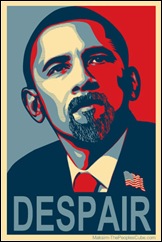 The latest series to fall victim to this craptastically unoriginal concept is Warehouse 13. In the latest episode (stop reading if you haven’t seen it and want to), Myka Bering (Joanne Kelly) is trapped in a mirror and an evil, possessed version of herself emerges. Our hero Pete Lattimer (Eddie McLintock) supposedly discovers the switcheroo when they kiss. “She would never kiss me, even if the fate of the world was at stake.” Hey, guess what Pete? Maybe your clue should have come from the stinky derivative writing! At least she didn’t have a goatee like Evil Obama over there. Ever notice that Evil Twins of women are sexier than the original? Why is that? At least they got this meme over with early in the series (Or have they??).

Are all the good ideas gone? Is there nothing new? I’ve complained about this before. I know that when you have to crank out a 13- or 26- week episodic series, you need to use whatever ideas are out there.

Moving right along, I have a confession to make. I have a concept for a novel or short story where a person lives in two universes inhabited with the same cast in different roles. One is a “light, happy” universe, the other is “dark, deadly”. You know, Utopia vs. Dystopia. So, like my concept with Dawn’s Rise where I include as many disasters as I can into a disaster novel, maybe in this case I’m going to do the Evil Twin meme to death, the ultimate Evil Twin novel to end all Evil Twin novels. Maybe the Evil Twins will have Evil Twins. Yes, that’s it! Evil Quadruplets! Start lining up the publishers! 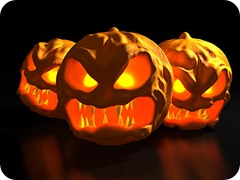 Taking this even further, I can’t wait to come up with a Paranormal concept. I will find every repetitive and overused meme in the genre and overdo it completely. I’ll have vampires, ghosts, werewolves, zombies, skeletons, monsters, demons, witches, spirits, angels, devils, sprites, fairies, and haunted houses up the wazoo. It will be frickin’ Halloween on every page. And of course I’ll have to make it an urban romance as well, because apparently you can’t sell fiction unless it’s a romance nowadays. Another meme I’d like to kill. Well, you gotta write to the audience. Paranormal urban disaster evil twin romance market, here I come!

*Forgive me for using the LOLcat meme. And note the new category “Random Rants.”