The Lover’s Journey Part I

The Lovers’ Journey Part I

I had another epiphany out on my run the other day. I was thinking about the romance part of Dawn’s Rise, and I realized that the “Hero’s Journey” is really the story of the sexual encounter. (Or is it the other way around? We’ll see).

So, I’ve taken a stab at describing the “Romantic Journey.” I don’t write romance, but I feel that I’ve come close. I’ve written this from a male main character’s perspective.

I call this version:

You’ve led a fairly successful life. You’ve conquered many a foe, defeating them in pissing contests and proven who has the most powerful orbs, but you feel that something has eluded you. Something is missing in your life. You’ve heard about this mythical creature known as “Woman”.  People say that some of these Woman creatures possess a wonderful treasure, more valuable than anything else in the world, but this treasure can only be won* at a steep price. You’re intrigued, fascinated with the idea of winning such a treasure. You’ve perhaps interacted with these creatures, and found out the hard way that their gifts are not easily won. 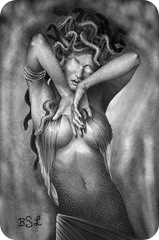 The Call to Adventure (Inciting Incident)

One day, you come across the most exquisite Woman creature you’ve ever encountered. She’s beautiful beyond compare, alluring and mysterious. You feel that she must be hiding an invaluable treasure. When you first encounter this wondrous animal, she doesn’t immediately spear you through the heart. You decide you should pursue her, capture her, and win her treasure. Her pull on you is irresistible. You want to go on this adventure, but are you ready for it?

You’ve heard many a time that Woman creatures are best left alone. You know of a brave knight who once tried to capture a Woman and she left him a bitter, angry loner. When hurt, they become the most deadly force in the universe. What would happen if a Woman creature captured you? She’d force you to impregnate her and raise her offspring. Not for you, no way. You would never be in that situation. No treasure is worth that. You’d rather just stay in the relative safety of the Man village.

Still, you can’t stop thinking about this Woman creature. Something deep inside of you is calling. You ask your friends many questions: What’s with these Woman creatures? Is this so-called treasure really worth it? Is it really so awesome and magical? My King, how did you manage to wrangle one? How did Prince Joe? What are the secrets to capturing them? How can I tell the good ones from the bad ones? How do I avoid their traps? How can I escape from their clutches if I need to? 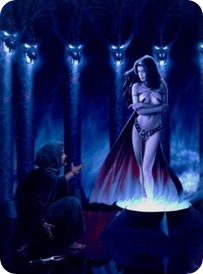 Everyone tells you to go for it. You lay your first trap for the Woman creature. She falls for the bait! Now you must figure out what to do with her. You must keep reeling her in, because these creatures have a healthy distrust for Man. You must convince her that you’re “not that bad.” You move out of your comfort zone into a strange new world, a place you fear and dread, a place where you have limited or no experience. A place teeming with flowers and lipstick and white wine. You must interact with this strange animal and keep her “happy” and “interested.” Foreign concepts indeed.

The Woman creature is pretty tough, and no fool. She has others of her species ready to attack if you make the wrong move. She’s even turned some of your fellow Man onto her side (the traitors!). They are wary of your intentions. Compatriots of yours provide you with bad advice at times and you make some missteps, angering the woman creature. She’s hard to tame. You’ve thrown all your best moves at her, but she remains aloof. You must up your game. You must gather some allies for this assault. They run you through tests, letting you tackle woman dummies and practice courting mannequins before allowing you to approach the Real Thing.

Approach to the Inner Cave

At last, all your training has paid off. It turns out that this particular Woman creature has a weakness for Dark Chocolates and Red Roses, and you’ve used this to your advantage. You enter her lair, and even into her secret chamber. Danger lurks all around. One bad step here and things could get ugly. You stroke her, tell her how beautiful she is, anything to sooth her and keep her off her guard. You don’t want to reveal your true intentions. 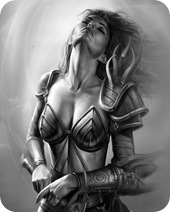 This Woman creature is defenseless before you. She has something you want, and you are going to get it no matter what. This is what you came for. This is what you’ve made all these sacrifices for. You are deep inside Enemy Territory, and she’s powerless against your onslaught. You are on your way to capturing this strange and wondrous creature!

She is yours! You have won her most precious treasure. You go home and brag to your friends. You display your victory like some scalp. You have been into the Lair of the Beast and survived. But, something doesn’t feel right. You go to show your comrades this Woman creature you thought you had captured, but she has escaped! Not only that, but you cannot find the source of all your power, your orbs. You are outraged! How can she have stolen them? Her treasure is no consolation. The victory rings hollow.

You must get your orbs back. You can’t stalk any other Woman creatures without them. You can’t work, you can’t hunt, you can’t fight your enemies. She taunts you with them, threatens to harm them, makes you do things you don’t want to do. She wants her treasure back, and you want your orbs back. Things seem to be at a stalemate and nobody is happy. All advice falls flat on your ears. You won’t give up the hard-won treasure, and she refuses to release your orbs. Something has to give, because you can’t live this way. You can’t capture her because she’s now fully on guard and won’t let you approach, even with chocolate and roses. This creature has become far more dangerous than anything you could have imagined.

You rail against the Woman creature, but she resists. You argue and beg. You try to enter her lair but you’re evicted. Even your own friends turn against you, not to mention your enemies who smell blood. At last, you realize you may never get your orbs back, so you head over to return the creature’s treasure, planning on begging for mercy. It’s not worth it any more. You realize you were wrong** to try to capture her, or win her treasure. But when you arrive, something has changed. You don’t see a frightening creature any more. You see a woman. 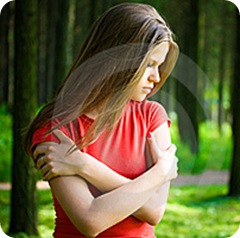 A lonely, vulnerable, heartbroken woman. She doesn’t seem so scary anymore. She’s just a person, just like you. You meekly lay her treasure at her feet. She says goodbye. You grasp her hand. You tell her how much you love her. You kneel before her. You tell her everything you’ve been meaning to say to her. You tell her you can’t live another second without her, and you were wrong to act the way you did. You don’t even care about your orbs anymore.  You place her dagger at your throat, and await the death blow. Instead, she picks up her treasure and hands it back to you, willingly. You ask, what about my orbs? She points. Turns out you had them all along, you just didn’t know the right way to use them.

Return with the Elixir (Dénouement)

The Woman creature is a creature no longer. She hasn’t changed; you have. She is not tamed, she is not captured, she’s not anything more than a willing companion on life’s journey. You both have survived a brutal adventure through the Land of Intimacy and learned many important lessons. You have bequeathed each other your most valuable gifts, and you want to share those gifts with the world. You both share her precious treasure called “love” and are ready to defend it at every turn. You’re finally home. 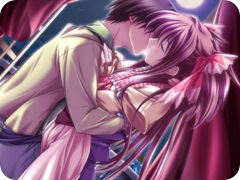 Or is it just the start of a new adventure?

I’m not sure what I’m going to have in Part II. It’s either a more modernized version of Part I or I’ll try to write it from the female perspective. Stay tuned!

*In a previous version I used the word “steal” instead of “win” but DW thought it sounded too violent/rapey. I do think “steal” is the more accurate word for a man’s thought pattern but I don’t want to upset anyone. Go ahead and read it using “steal/stole/stolen” instead of “win/won” and you’ll see what I mean. You can also substitute “balls” for “orbs” :).

** See my previous post describing how Your Character is Wrong