Some people have cast this as a “good VS evil” conflict but I think it’s simpler than that. After all, I think there’s good and evil in all of us.

For the sports literate out there, there’s a good example here in Seattle that illustrates this difference. At one point, we had both Alex Rodriguez (A-Rod) and Ken Griffey Jr (Junior) on the same team. But now, A-Rod is vilified as one of Seattle worst sports villains, while Junior is treated as a God. Why? They have comparable career stats (Junior is 5th and A-Rod is 10th in all-time home runs). Both are future first ballot Hall-of-Famers. Yet one is hated, and the other revered. Well, it all comes down to Giver versus Taker: 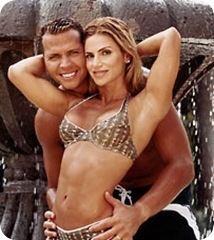 A-Rod is the classic taker. He’s all about the high salary, the high profile romances and flashy teams. He’s even taken steroids, all to improve himself, no matter what the cost. He lies to the public, and carefully words every statement, never revealing his private side. He doesn’t run out infield outs. He’s all about the image. And, for whatever reason, he doesn’t perform well under pressure, and teammates have been know to call him “The Cooler” because he “kills team chemistry.” 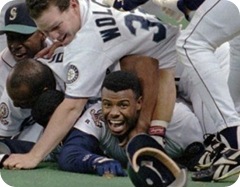 Junior is the classic giver. People applaud him even when he trots out his anemic .220 batting average, because we all know that he’s literally sacrificed his body to help his team win. He’s given everything he has to the sport, endured several broken bones and surgeries, yet he keeps coming back. He’s the first to congratulate his teammates when they do well, and makes it his personal mission to lift their spirits when the team does poorly. He makes everyone around him perform better. You could probably call him “The Heater” in contrast to A-Rod.

In truth, A-Rod is probably the more complex character, driven by a somewhat broken home life in his childhood, growing up without a real father figure. Junior is more of the man-child, a person living in a perpetual childhood fantasy, growing up in a baseball family. A-Rod is cloudy and dark and moody, whereas Junior is smiling with his hat on backwards. A-Rod is divorced and linked to various celebrities, while Junior just attended his daughters basketball championship game during the All-Star break. He also changed his uniform number to “3” to honor his three children (one of which is adopted). We admire Junior for how much he’s given to the game, and wonder “what if” he had been healthy his whole career. But we also know that he’s broken because of what he’s given to the game. We also wonder “what if” about A-Rod. What if he actually legged out infield hits? What if he sacrificed himself for the good of the team?

So when creating heroes and villains, keep in mind how they view the world. Is your villain looking out for number one? Does your hero give of himself? Note that some of the best heroes can start out as villains, and then see the error of their ways. If A-Rod had a sudden epiphany about his life, and stopped thinking about himself for once, he could become the greatest baseball hero ever. He could sign with a small-market team for a tiny salary, then lead that team to a World Series title by leaving everything he has out there on the field, without the benefit of steroids. He would redeem himself and become a hero for the ages. But of course, that will never happen, because A-Rod is all about A-Rod.

Note: The Heroes vs Villains image comes from the Facebook app by the same name.