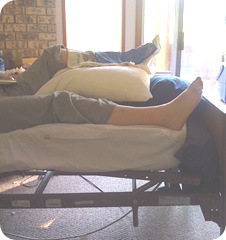 I’m learning what it feels like to have a supporting role in my wife’s broken-leg drama. She garners all the attention and sympathy while I’m tasked with picking up all the duties she normally performs, leaving no time for my own pursuits. Now, this particular drama isn’t one I’d want to star in mind you, but it’s started me thinking about supporting characters in general, and what their true purpose is.

This is some of the activities I’ve been working on in the last two weeks instead of running and writing and drinking:

Meanwhile, this is what my wife has accomplished in the same time:

This all brings me around to the role of the supporting characters. I’ve realized a couple of key points:

This is one of the major flaws that I’ve been correcting in Dawn’s Rise. I’ve focused all my attention on Dawn, and completely neglected my supporting characters. When it comes down to it, Dawn doesn’t really do anything. She doesn’t save the world. She doesn’t fight the bad guys. She’s half crazy and a pretty poor leader. In fact, one could argue that she’s not even worthy of hero status (I’ve got other posts somewhere that explain why she is the hero, mostly because she sacrifices the most, blah blah blah). John creates the plan to save humanity. Sam figures out the cause of all the disasters and validates Dawn’s paranoia. Maj. Edwards puts together her army. Alpha captures the equipment they need. Kaila defends her from an attack.

But my supporting characters don’t really have complete arcs. Dawn’s Aunt Rose shows up once and then disappears. She’s Dawn’s only link to her past and I killed her off. Um…no. Need to fix that. John does all this heroic stuff in his own right, but what does he really learn from it? What’s his transformation? Where are his flaws? I have elements here and there:

And then, of course, we have the anti-supporting character, the villain, who also needs an arc.

This is kind of a negative arc, probably worthy of a separate blog post.

I still have a handful of supporting characters I haven’t even mentioned: Brenda, Izzy, Missy, Joe, Angela, Delta, Muhammad Saed, Mya (Dawn’s dead mother), and more. They all show up at random times and either help or hinder the rest of the characters, but most of them don’t really have their own stories. I need to fix that. This experience has taught me a much greater appreciation for supporting characters, and how they can make or break the hero’s journey.

So as an aspiring Supporting Character, I’m working out my own story arc: Iapetus999 must find a way to publish his breakthrough novel while tending to his stricken and immobilized wife and two children. Can he succeed in reaching his dream or will the financial and emotion burdens force him back into the wretched workforce?

Stay tuned. Who knows where my dreams may wind up? 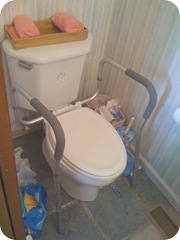