For those looking at NaNoWriMo or considering starting a novel, I’m working on a series called Novel Design. 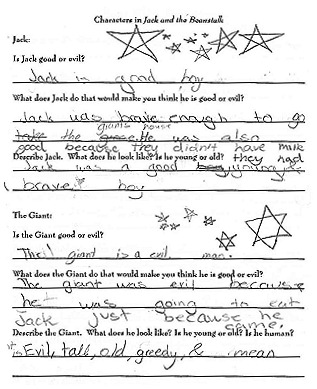 Last week, we talked about the eight fundamental Character Archetypes in Mythic Storytelling. To be clear, “Mythic Storytelling” is an account of a Hero-type character facing challenges in order to solve some problem…which encompasses most fiction of all genres.

So here you have a concept for a character. There are tons of character worksheets online, simply Google “character worksheet” or “character profile” if you want examples. Some are in the form of long questionnaires or interviews, others are forms. I’m not going to attempt to recreate those things here. What I want to do is talk about the “process.”

Get to Know Your Character

The ultimate goal of Character Design is to know your character so well that you know how they would react to any situation. But how do you achieve that?

First, start off with some of the basic online character sheets. Name, gender, age, occupation, skills (think résumé or C.V.), family members, home, lifestyle, social status, hobbies, physical attributes. Do not carve these in stone. With the exception of gender, I have almost never kept all my original design of a character.

Next, develop a small backstory. Only include the most important events. Births, deaths, marriages, divorces. The Big Stuff. Moves, hiring and firing, greatest achievements, greatest disappointments. Remember to not go overboard. Like everything else, the backstory is subject to massive revision. You will eventually up with ten times the backstory you actually need, so it’s a balance. If the backstory really needs to be that big, maybe you’re writing the wrong story. Usually the novel itself describes the most important event of a character’s life. Note that this also varies by genre. Mysteries are all about discovering the backstory, the “crime.” Fantasies have whole extensive histories. (I’ll talk about World Building another time). For this discussion, just focus on the individual character’s history, not all of civilization’s.

The final thing you want to think about is personality and motivation. How are they with friends? Enemies? Lovers? Family? Co-workers? What are they greatest fears? Deepest desires? What do they want out of life? What will they do anything to avoid? You need to know this character better than they know themselves. Characters usually do not act in their own best interests, so define what trade-offs they make on a daily basis between what they want and what they don’t.

Armed with this basic knowledge, it is helpful to put your character in motion. If you can’t wait for NaNoWriMo, then simply write a few scenes with your character and some others, maybe characters from a whole different book. Give your character a small problem to solve and see how they go about it. Work on their speech patterns, words and phrases they like, gestures they make. What sets them off? What do they fall for?

Here’s the thing. You could spend months and months working on character worksheets, detailing mannerisms and backstory and listing every article of clothing. It can be a lot of fun researching and developing these things. But worksheets are static. For me, I learn most about my characters when they act and interact with others on the page. So what I suggest is get to a level where you’re comfortable but not entirely sure. Go ahead and write your first draft. Then go through the whole process again, eliminating everything that doesn’t fit your new concept of your character, and adding things to strength them. Research where it’s weak, revise and develop where you can.

One last thought. I’ve planned and planned and planned, but my characters never fail to surprise me by doing something I didn’t expect or intend, but it makes so much sense or helps the story so much I can’t unwrite it. They change, they grow, they learn over the course of the novel. So when two characters kiss that you had absolutely no intention of creating a relationship between, I say go for it. Because your characters are telling you something important about themselves, something you need to pay attention to. Once they’ve kissed, once you wrote that line, you can delete the line, but the two characters will still know. And they will never be the same.

Have fun with it! And like the example above, it’s perfectly acceptable to doodle.