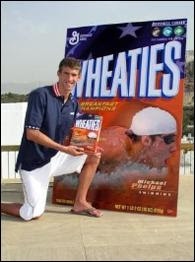 So a couple things have happened: My ankle is too sore for running, and I've been gaining weight. I had been running 20+ miles a week, which burns about 3000+ calories at my weight. Note that a pound of fat roughly equals 3500 calories. So even though I'm getting in some exercise in the form of elliptical, stairs, and cycling machines, I'm probably burning only 1000 calories with that effort. So needless to say I need to do something to make up for both the loss of calorie burning activity and the gain of weight.
My new goal is to start losing 1lb a week. This morning I weighed in at 217, above my "official" doctor recommended maximum weight of 210 and my personal goal of sub-200. I start physical therapy next week on my ankle after giving it a couple weeks of rest/ice therapy. My goal is to get to 200lbs by Thanksgiving. That's 17lbs in 13 weeks (maybe I should shoot for xmas instead).
First for diet. Unfortunately (dietwise) I work at a place that supplies free food and snacks. Breakfast, lunch, and dinner are all gourmet catered meals. It's become known as the "______ Fifteen", after the weight you gain after you start working here. The food is healthy and organic, but I eat way too much of it. I also have fallen in love with a local beer store/bar and I've been drinking way to much of thick, rich, alcoholic brews. I want to reduce my consumption by at least 500 calories a day (500 x 7 = 3500, the amount of calories in a pound of fat).  That's a pretty significant reduction. There's about 200 calories in 12oz of beer, so by having 2 fewer beers a day I'm almost there. (I don't drink 2 a day but I could cut out a few here and there)
I need to be better disciplined at work and at home. I eat way too much fruit and nuts. I also need to consider reducing the amount of caffeine I drink since that also messes with your fat storage system.
So now on to the exercise part. I can't run right now without pain. (Note that I often run with discomfort. It's a given. But pain is different because I can't run with a limp.) And I also think maybe I've been too focused on running. So starting tomorrow I've signed up for a group swimming course. I'll be swimming every Mon/Wed at 8-8:30 am. Hopefully I won't be so sleepy I drown. I'm also going to look at a spin class (biking on a stationary bike in a group). So I figure within a week or two I'll be swimming like Michael Phelps (or at least not drowning).
If this all goes according to plan, and I recover my running ability, this leads to something interesting: If I learn how to swim, and get more into biking, we could be looking at a triathlon somewhere down the road. It's been the swimming part that's held me up from trying in the past (and my crappy 15yo bike). It will at least be a good workout.
Posted by Andrew Rosenberg at 9/02/2008 09:07:00 AM

Email ThisBlogThis!Share to TwitterShare to FacebookShare to Pinterest
Topics: About Me, Running and Race Reports